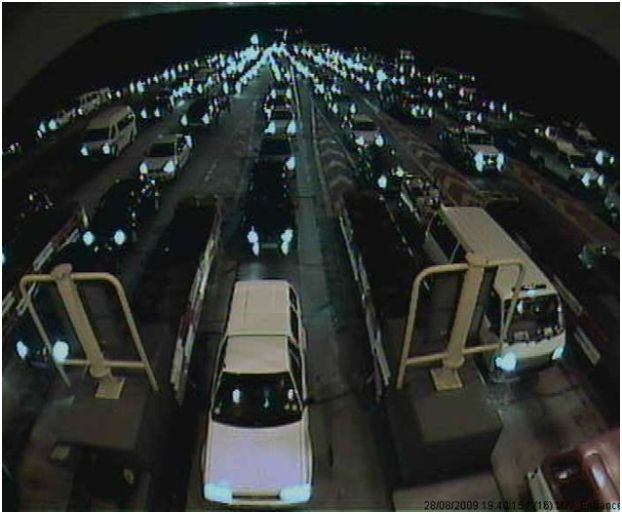 N4 Toll Route – Motorcyclists, referring to themselves as the “Middelburg Biker Community”, disrupted traffic at the Middelburg Toll Plaza on Friday night and Sunday afternoon (28 Aug and 30 Aug) during peak times. This was in protest against the toll fee structure for motorcyclists.

The motorcyclists blocked all toll plaza lanes in a particular direction and proceeded to pay their toll fees with small change while disrupting the processing of transactions. This caused a major delay to other users of the toll plaza.

Some of the bikers were very confrontational and threatened toll collectors and other road users. A road user was also assaulted by one of the bikers on Friday night. A charge of assault was laid with the SA Police Service.

“With this kind of behaviour, the motorcyclists are not making any constructive contribution to the debate around the classification of vehicles for tolling purposes. Disrupting traffic flow at toll plazas is disrespectful to other road users, and only results in increased resentment by motorists of the motorcycling community. It also promotes negativity to the “Think Bike” philosophy which in fact TRAC supports. Furthermore, it shows an utter lack of understanding of the tolling process,” says Anita Heyl, spokesperson of Trans African Concessions (TRAC).

“The toll tariffs and vehicle classification are determined by the South African Roads Agency, and gazetted every year in the Government Gazette. It is not within the power of a toll concessionaire such as TRAC to unilaterally change the legal framework for toll transactions.”

Some of the bikers were also guilty of illegal actions as payment of the R37.00 with coins of 5 and 10 cent denominations, and R1 coins does not constitute a legal tender and can be refused according to the South African Reserve Bank Act 90 of 1989 section 17.

“A tender, including a tender by the Bank itself, of an undefaced and unmutilated coin which is lawfully in circulation in the Republic and of current mass, shall be a legal tender of payment of money—
(a) in the case of gold coins, in settlement of any amount, and the value of each gold coin so tendered shall be equal to the net amount at which the bank is prepared to purchase that gold coin on the day of such tender thereof; and
(b) in the case of other coins, in settlement, per individual transaction, of a total amount not exceeding—
(i) fifty rand, where coins of the denomination of one rand or higher are so tendered;
(ii) five rand, where coins of denomination of ten cents up to and including fifty cents are so tendered;
(iii) fifty cents, where coins of the denomination of five cents or less are so tendered,
and the value of each coin so tendered shall be equal to the amount specified on that coin”.

TRAC is a keen supporter of the motorcycling community through sponsorship of a Bike Econo Run, toy run/charity drives, as well as giving support to the Middelburg community through its involvement in events such as the Greatest Train Race (as recently as 2 weeks ago), and the Loskop Marathon.

“It is disappointing to see that our goodwill is treated with such disdain. TRAC appeals to the community to recognise our efforts and support our initiatives to assist the communities in which we operate,” said Heyl.

The National Roads Agency, SANRAL, has comprehensively reviewed its toll charging strategy after numerous approaches by various motorcycling organisations and individuals, and found no strategically sound reasons to invest a large sum of money to change the current method of user-charging.

The brief explanation below, SANRAL hopes, will clarify its point of view.

Considering nothing else but the size and mass of a vehicle to make a direct comparison between what a motorcyclist any other driver of a vehicle would pay in toll fees is not a defensible way in which to determine what each should pay for the use of a road.

One must, for instance, consider the cost of routine road maintenance, which includes road signs, shoulder and drainage maintenance, grass cutting, debris removal, road markings, emergency services, route patrols, traffic monitoring and management, and fencing repairs. There are also the operating costs of toll plazas, the control of alien vegetation, the repair of erosion, the removal of dead animals, the repair of infrastructure caused by vandalism and collisions and other costs which we all should bear equally, motorcyclists included.

More importantly one must remember that there are many aspects to a toll road. Upgrading of roads to higher geometric standards results in a safer and comfortable drive and there is also a high focus on maintenance. An example is the Ben Schoeman which is being upgraded to at least 5 lanes in each direction. The upgrade will ensure an adequate level of service to the road user in that the pavement will be stronger, amongst other technical benefits. One needs to also take into consideration the bigger picture, the concept SANRAL refers to as the “right of way”. This refers to the design speed of the road and the fact that it is safe and comfortable to drive on is in fact a cost shared by all users. In addition, one needs to add up the costs of the structures and the road prism.

And then, there is the ubiquitous issue of road damage.

It is a fallacious belief that cars pulling caravans, taxis and 4X4’s cause much more road damage than a motorcycle, and that, as a result, motorcyclists should pay much less than cars, or even nothing, as has been suggested. Whereas it can certainly be proven that there is a difference between the road damage caused by a motorcycle and a heavily laden light vehicle, the truth of the matter is that even overloaded light vehicles damage road pavements in a small way, in fact no more than a cent or two per kilometre travelled, at most.

If SANRAL were to differentiate between motorcycles and other light vehicles on the basis of their mass and the number of wheels on the vehicles only, the organisation could save motorcyclists no more than these few cents. It is trucks and especially overloaded trucks that consume road pavements, as they cause a great deal more damage than light vehicles. (which explains why SANRAL differentiates between three classes of heavy vehicles at toll plazas, and group all light vehicles together).

SANRAL remains convinced that the four classes into which it divides traffic for the purposes of determining toll fees is the most practical solution from economic, operational, financial and control points of view.

TRAC is legally bound to abide by this classification.

Dedicated lanes for bikers at plazas

Motorcyclists have often appealed to have dedicated lanes at toll plazas in an attempt to make the payment of toll fees less cumbersome.

SANRAL has investigated this possibility, and have found the following:

There are some dedicated motorcycle lanes implemented in Asia as there are an extremely high quantitative of motorcycles. However, in the South African environment, given the quantity of motorcycles, this cannot be justified.

In addition, this is not feasible in South Africa, unless the toll tariff is inflated to compensate for the operation of a dedicated lane for motorcycles.

With the introduction of Open Road Tolling in Gauteng, there will be no toll booths ensuring free-flow of traffic. 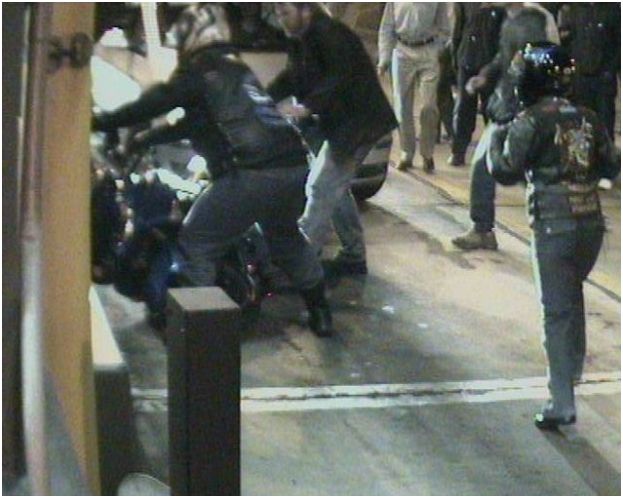 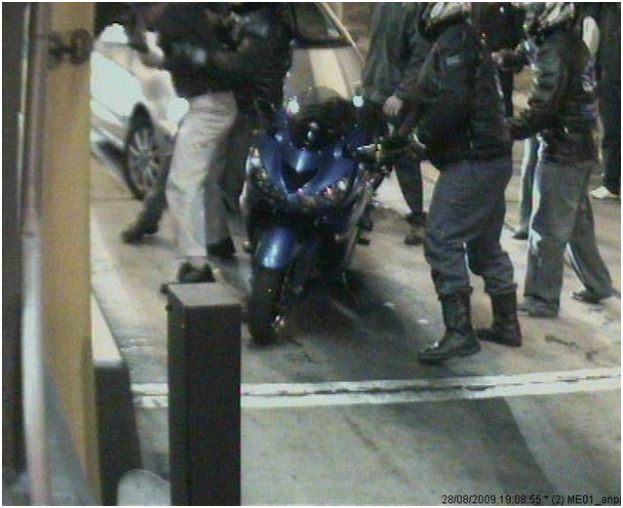 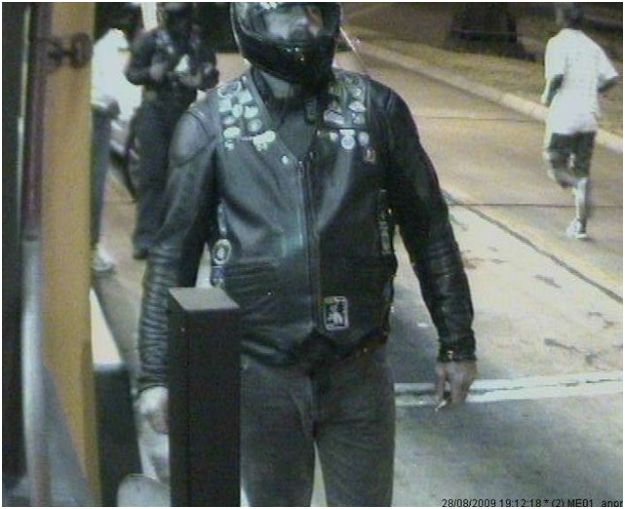 Why you need insurance in the palm of your hand for all those ‘oops, eina, wuuu shem’ moments.