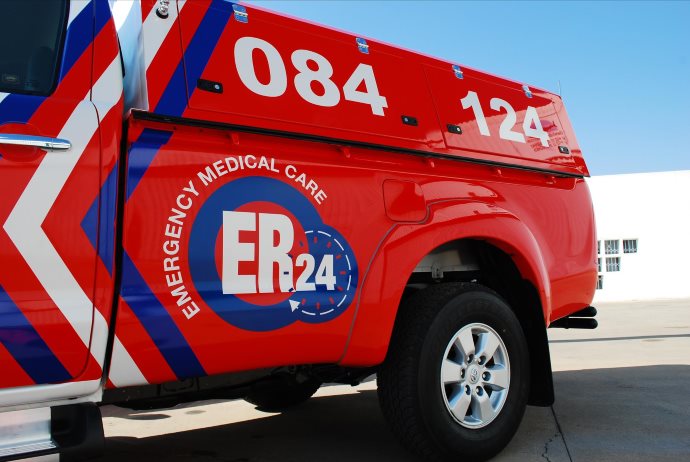 A Four-vehicle collision left one dead and another critical in Clubview, Centurion

One man was killed and a woman critically injured this afternoon following a four-vehicle collision on the R101 near the Wierda Road in Clubview, Centurion.

ER24 personnel, along with the Provincial Services, arrived on the scene at 16h10 to find the vehicles in the middle of the road.

On closer inspection, medics found the body of a man lying outside one of the vehicles while a woman was found lying in the back seat.

Medics assessed the patients and found that the man had sustained numerous injuries and showed no signs of life. Nothing could be done for him and he was declared dead.

The woman was carefully extricated from the vehicle, assessed and found to have sustained numerous and was in a critical condition.

The woman was treated for her injuries and provided with advanced life support before she was transported by the Provincial Services to Kalafong Provincial Hospital.

Local authorities were on the scene for further investigations.

One injured in Strijdon Park collision