Reaction Unit South Africa are currently responding to approx 25 callouts per week regarding snakes on premises.

The RUSA Operations Centers in Phoenix, Verulam and Tongaat have been inundated with calls from residents on the North Coast that have found snakes in their homes or vicinity of their residence. Officers have removed Black Mambas, Mozambican Spitting Cobras, Green Mambas and several other types of snakes and have released them into the wild.

Reaction Officers have been instructed to not harm any animals that we are called out to remove. Snake catchers will be called to assist Officers that face difficulty. 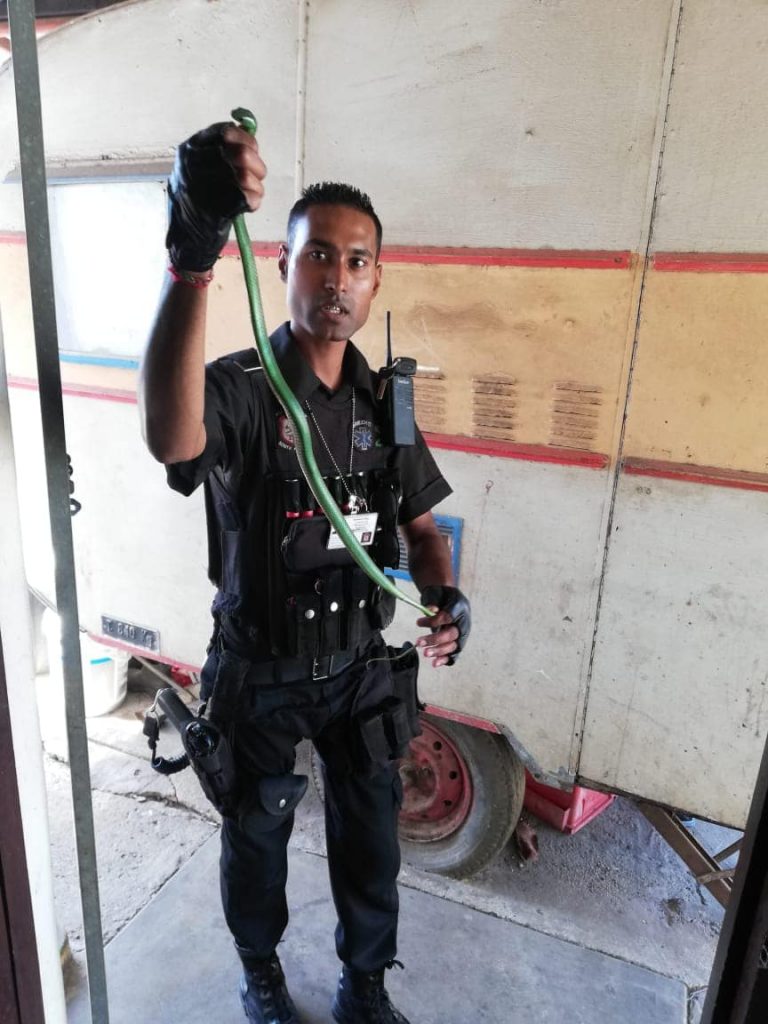