BREAKING NEWS
GMT+2 10:40
Home Crime Shooting Two killed, one critical in a shooting in an apartment in Selby 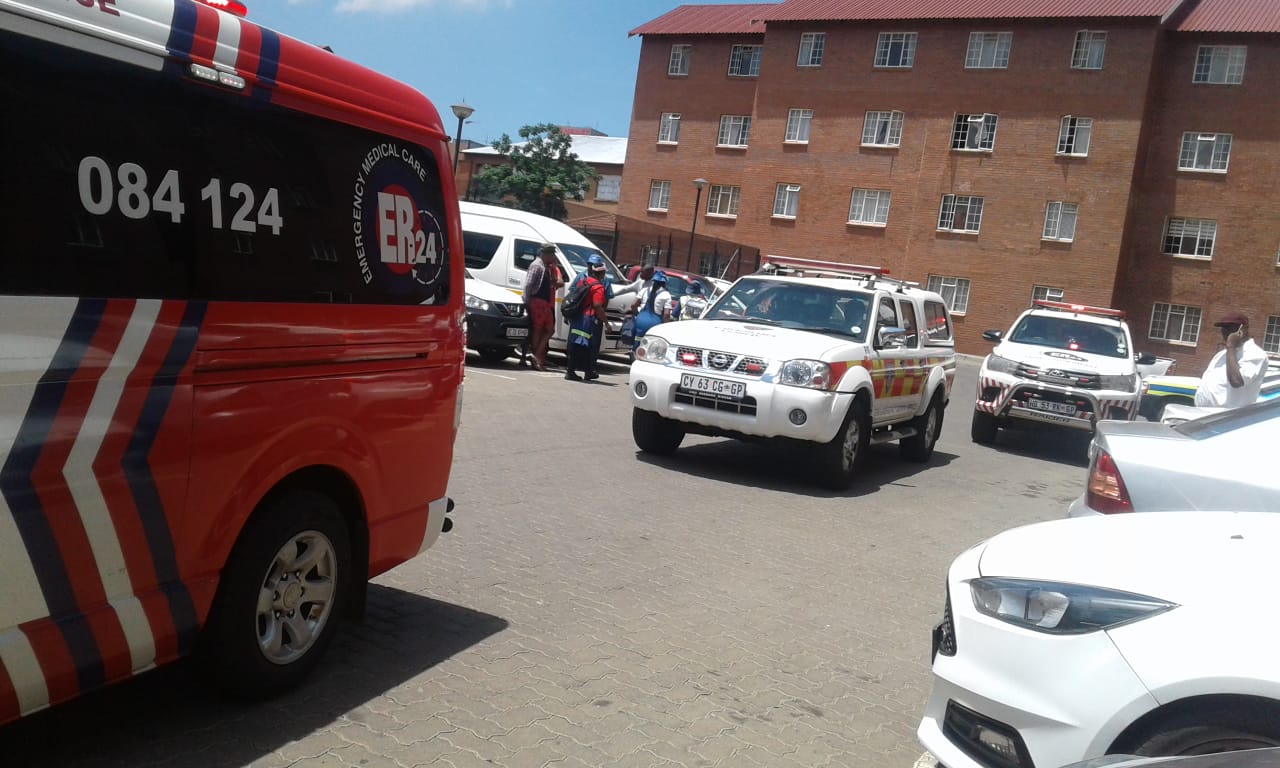 Two killed, one critical in a shooting in an apartment in Selby

Two men have been killed and a third is in a critical condition following a shooting in an apartment in Selby, downtown Johannesburg today.

ER24 paramedics arrived on the scene at 12 midday and were directed to an apartment in a block of flats by bystanders where they found the three men. Two of them showed no signs of life and were declared dead on arrival. The third man, the owner of the apartment, had suffered critical injuries and was treated and transported to a private hospital for further care by another service.

The exact circumstances surround the incident are unknown to ER24, however, Forensics and the South African Police Services were on the scene for further investigations.