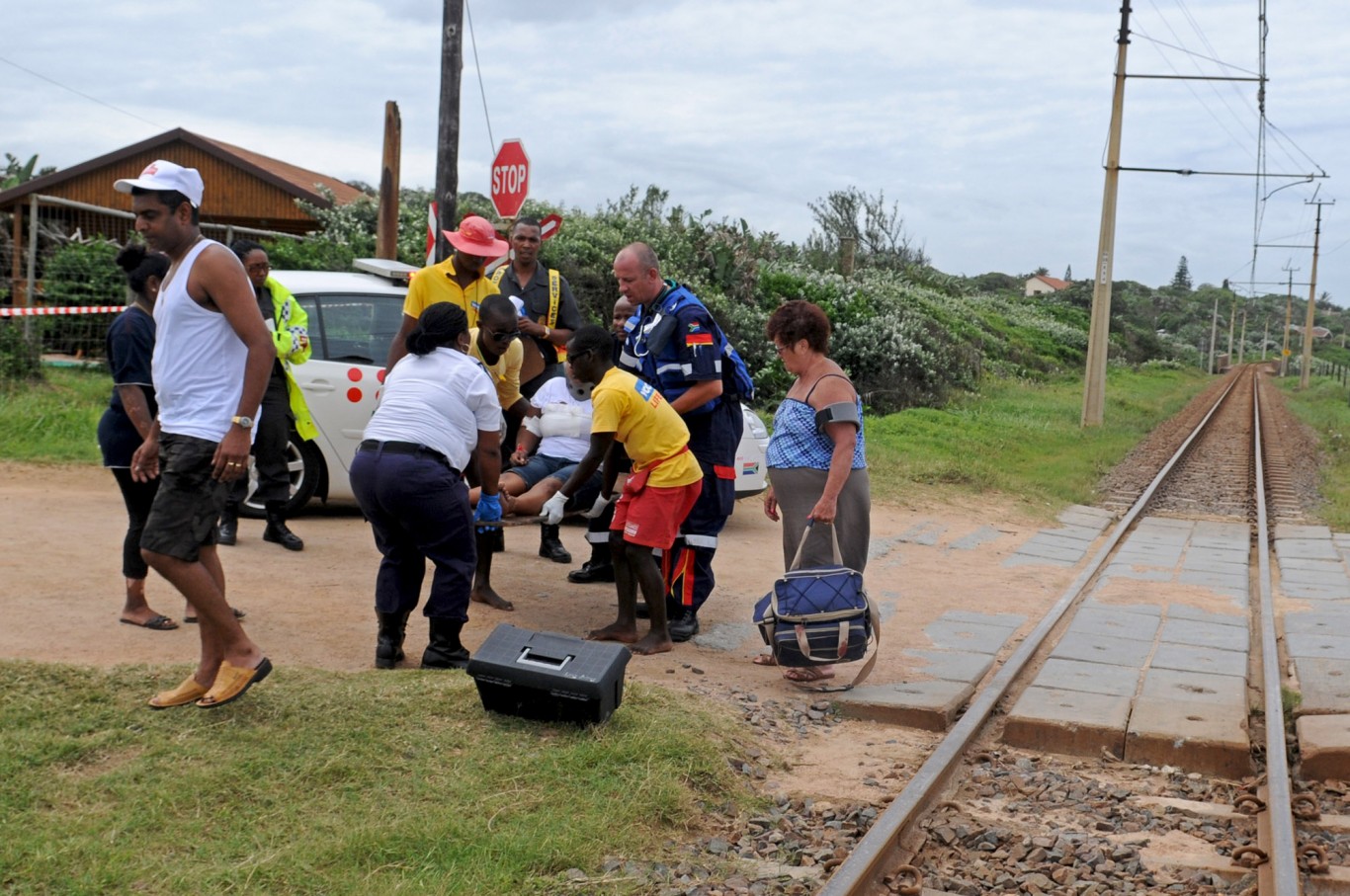 UIC, the worldwide railway organisation, has published its annual report on railway accidents — railway safety achieved a record high in 2018

The International Union of Railways (UIC) has published its annual report on railway accidents. UIC’s safety database has been collecting data since 2001 and currently covers 27 UIC members in Europe, Asia and the Middle East. The database is managed by UIC’s Safety Unit. As well as serving as a depository for statistical information on accidents, it also offers extensive insight into the causes, circumstances and consequences of accidents and aligns with the classifications and definitions used in European regulations.

Rail transport is the safest mode of land transport, and is improving continuously in terms of safety. Accidents and numbers of victims reduced by almost 17% between 2013 and 2018 thanks to the efforts of the rail community to improve safety in the sector. 2018 saw a two per cent improvement compared to 2017, with a total of 1,746 significant accidents recorded. This is the lowest number of accidents observed since data collection began in 2006.
Three new members joined the UIC safety database in 2019. Regrettably, there were 2,361 accidents on these networks in 2018, bringing to 4,107 the total number of accidents recorded in the database for 2018.

Causes of accidents in 2018 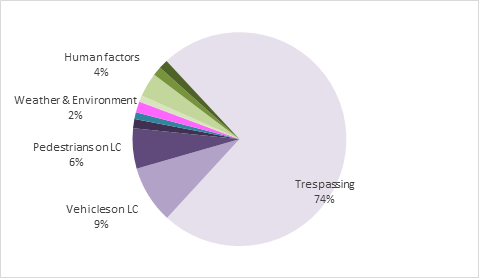 The railway system is particularly vulnerable to the behaviour of people outside of the system: third parties represented 97% of the fatalities recorded in 2018. It is imperative that public authorities play their part in promoting education and raising awareness of risk and continue their efforts to protect the railways from uncivil behaviour by third parties, just as they have done for the road transport sector for many years.

Collisions between trains and derailments

There were 123 collisions and derailments in 2018, a figure slightly above the historic low recorded in 2016 despite the inclusion of new members’ data. Only 12 accidents caused fatalities, with three serious accidents accounting for 82% of the 118 victims. The other 111 accidents had only financial or traffic-related consequences. 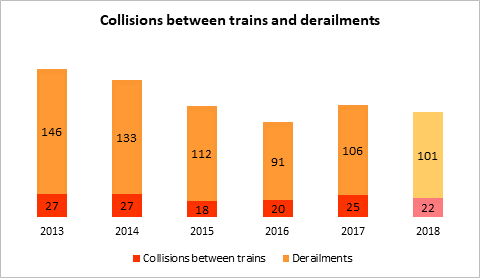 UIC’s Global Safety Index (GSI) not only provides statistics on numbers of accidents; each accident is weighted according to cause, type, frequency and victim category. This approach enables deeper insight into general safety levels, considered separately from rare, high-impact events. 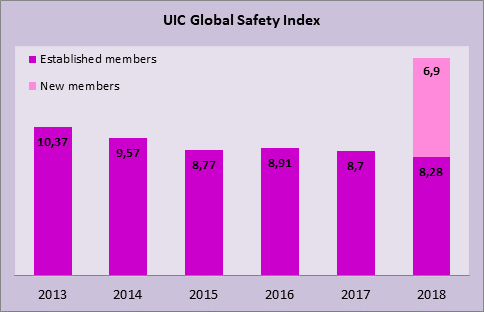 The Safety Index is continuing to decline over time and reached 8.28 in 2018, indicating an ongoing improvement in railway transport safety levels in Europe and the Middle East. The UIC Safety Index for the new members — 6.9 in 2018 — can now be added to this score. The total of 15.18 is thus the new GSI reference value.

The UIC 2019 report on safety can be downloaded from: http://safetydb.uic.org

One injured in Strijdon Park collision