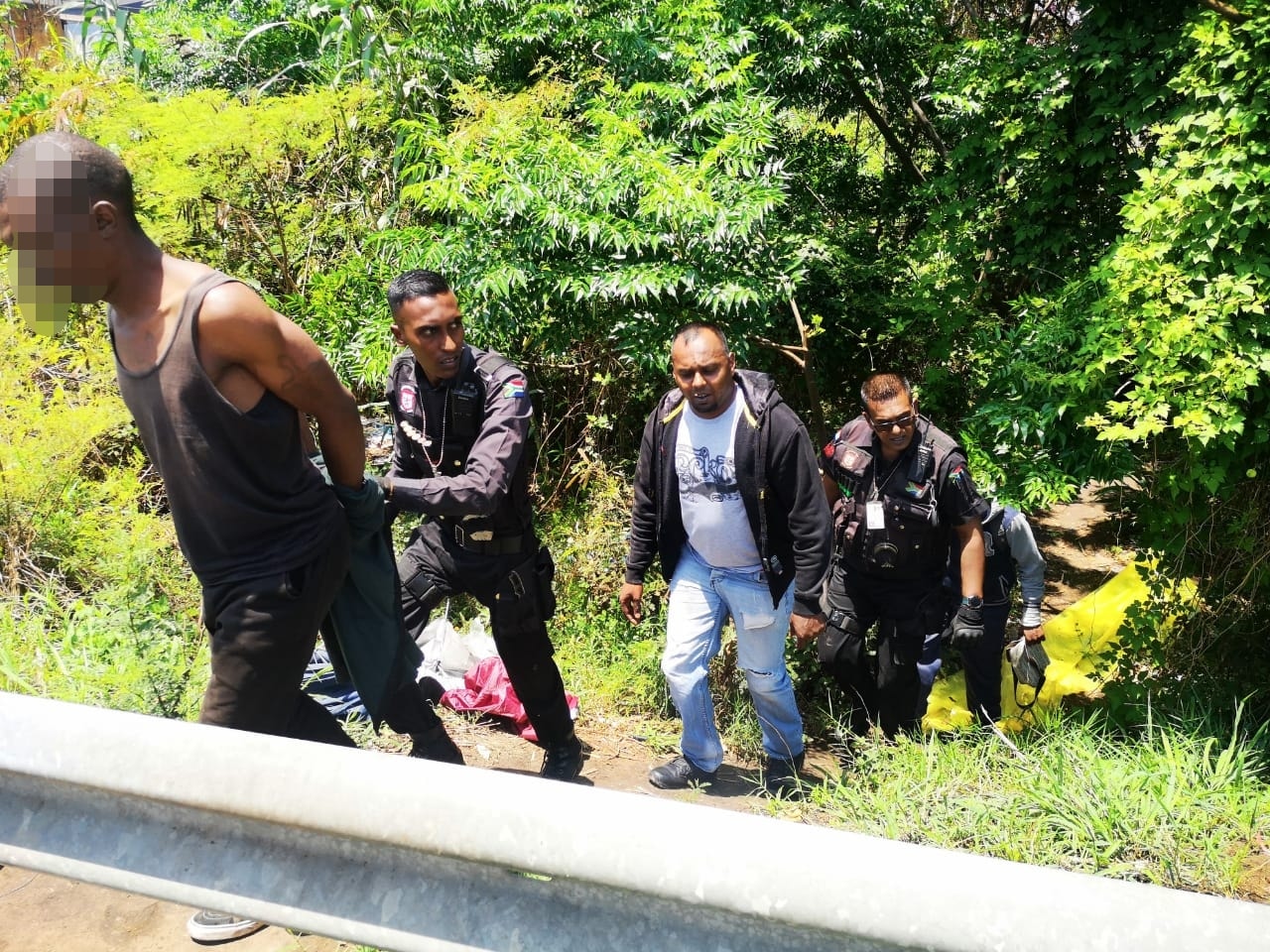 A suspect who was recently released from Westville Prison was re-arrested after he was found in possession of narcotics in the Verulam CBD.

Members of Reaction Unit South Africa and Policemen from the Verulam SAPS as well as volunteers from the Sector 1 Crime Watch met at RUSA Headquarters in Verulam this morning where a plan of action was put into place to nab the suspect who had on previous operations evaded arrest. The RUSA Robinson R44 helicopter took off with a Policeman in the crew seat & conducted an aerial patrol of the Verulam bus rank and a stream running adjacent to the southbound lane of the R102.

Reaction Officers entered the bush from the R102 while SAPS Officers and Sector 1 Crime Watch volunteers in civilian clothing entered the bus rank. The pilot and crew in the helicopter maintained visual of escape routes that the suspect could use to evade arrest. The suspect was located hiding in a Toyota Hiace taxi. He was found in possession of a bag which contained 24 pieces of Rock Cocaine, 18 capsules of Heroine and R430 in cash. He is believed to be the mastermind behind several robberies that have occurred in the Verulam CBD.

The 31-year-old Zwelisha resident and three other suspects who were also arrested during the operation for different crimes were detained at the Verulam SAPS.