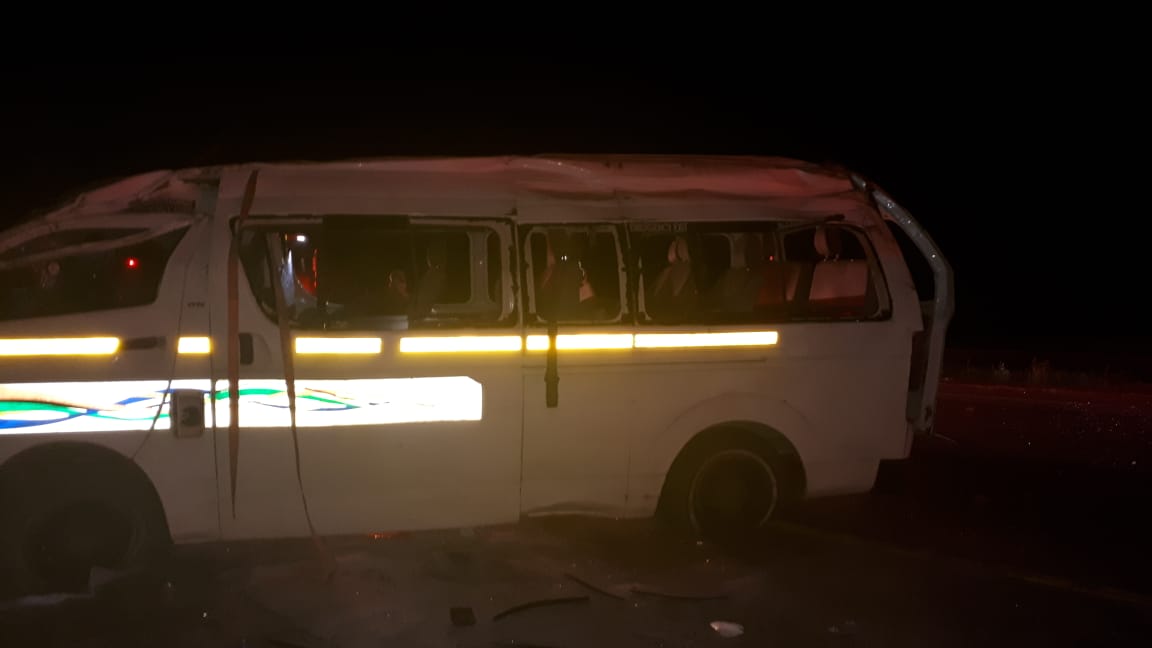 Gauteng: At 21H52 Sunday night Netcare 911 responded to reports of a collision on the N1 in Temba, Tshwane.

Reports from the scene indicate that the driver of a mini-bus taxi lost control resulting in a rollover, ejecting occupants in the process.

Medics assessed the scene and found that two males and two females had sustained fatal injuries and were sadly declared deceased on the scene.

Two other occupants from the taxi sustained serious injuries and required Advanced Life Support intervention to stabilise them.

Six more occupants sustained minor to moderate injuries and were treated on scene.

Once stabilised all the patients were transported by various ambulance services to hospital for further treatment.