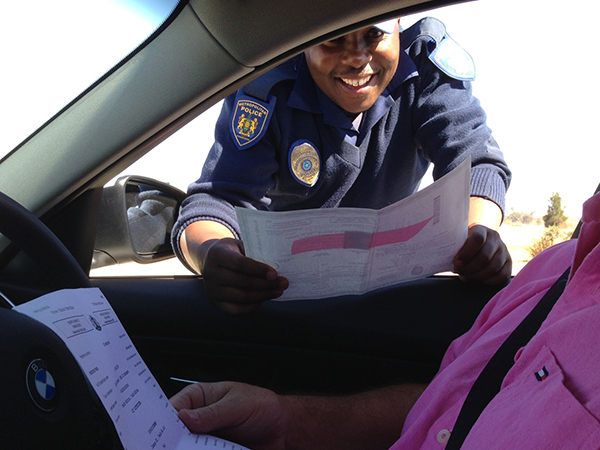 Justice Project South Africa has announced that it has withdrawn its endorsement of the “Blue Light Protocol” which it developed with the Road Traffic Management Corporation in 2013. This comes in the wake of CCTV footage showing a woman being violently manhandled by Tshwane Metro Police Department (TMPD) officers at a petrol station on the night of 5 December, after she allegedly failed to stop for them in a poorly lit area.

JPSA Chair, Howard Dembovsky said the protocol was developed to combat the prevalence of criminals using easily acquired blue lights and other police equipment to pose as law enforcement authorities.

He said that so-called “blue light gangs” had been committing violent crimes ranging from robbery, hijacking and kidnapping to rape and murder for many years, but that police had failed to effectively tackle the problem. “Despite this fact, numerous police and traffic officers are wholly insensitive to this issue and incorrectly believe that they are empowered by the law to abuse members of the public who try to protect themselves from violent crime,” he commented.

“In some instances, people have been beaten up. In others, they have been shot at and even been killed by overzealous law enforcement officials. This cannot go on and if, as it appears to be, the Blue Light Protocol is contributing to this abuse, JPSA can no longer endorse it,” he declared. He explained that the National Road Traffic Act requires a motorist to immediately stop for a traffic officer in uniform. Police are also included in the definition of a traffic officer in terms of the Act.

He added that although failure to stop is a criminal offence, if a motorist felt unsafe, he or she should immediately call 10111 to verify the authenticity of the police stopping them and prepare to flee if anything goes awry.

“Should it turn out that the individuals stopping a motorist are criminals posing as police, the motorist should, where possible, institute civil and criminal proceedings against the culprits and the police, the latter of whom are constitutionally obliged to protect them from criminality,” Dembovsky commented.

“In this case, it is our view that the officers concerned should be prosecuted for assault, since it is clear that the woman was merely trying to guard against falling victim to violent crime and was not fleeing from police,” he concluded.

WATCH. THIS LADY DIDN’T WANTED TO STOP AT A SECLUDED PLACE WHEN METRO COPS WANTED TO PULL HER OVER AND WENT TO CLOSEST GARAGE IN FEAR OF FAKE COPS. WHAT HAPPENED IS SHOCKING @SABCNewsOnline @SAPoliceService @TMPDSafety @GovernmentZA @eNCA @cnni pic.twitter.com/OW3X0JD8k2