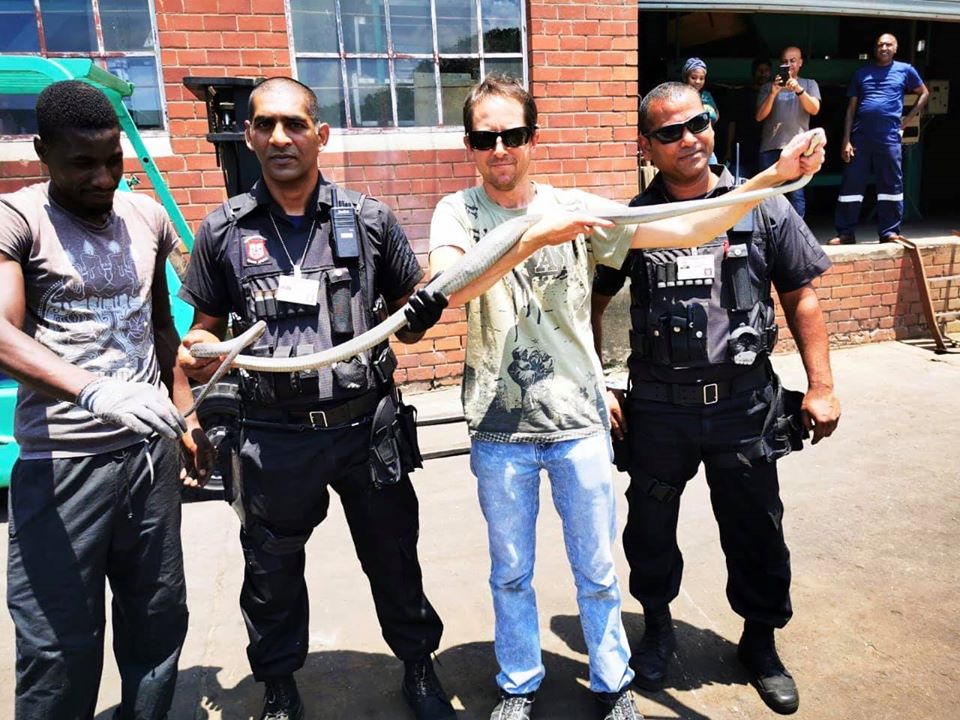 A 2.4 meter Black Mamba that was removed from a factory in Redcliffe – KZN.

Reaction Unit South Africa was called out to the premises on Oakford Road. Upon arrival Reaction Officers were directed to a stack of wooden pallets which was removed from inside the business premises. When officers approached the pallet, they found a huge Black Mamba coiled up inside.

Snake catcher, Jason Arnold from Universal Reptiles was called out to the premises. The snake was captured and later released into the wild.