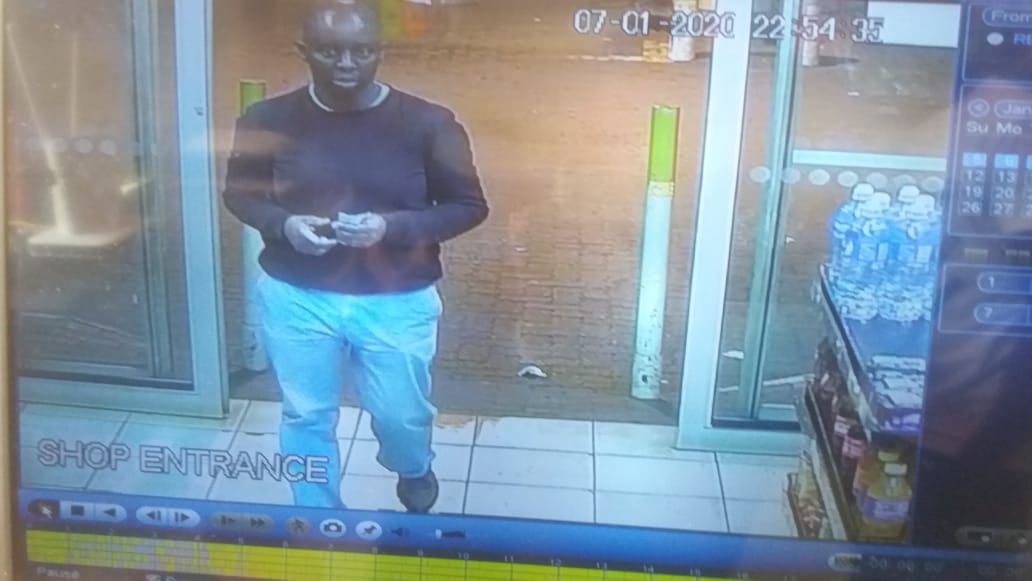 GAUTENG – The Westrand Trio Task Team is looking for a man whom they believe might assist with an investigation on an incident where a 28-year-old Uber driver was allegedly robbed and hijacked by two unknown males.

The incident occurred on Monday, 06 January 2020 at approximately 20:20, at Flower road near R28 Bekkersdal. The Uber taxi driver allegedly received a request from his app to pick up two males from Baragwanath in Soweto to Randfontein. While driving, the suspects instructed the victim to turn at R559 and then Flower Road. He was threatened with a firearm and instructed to stop. His head was covered and both his hands were tied before he was thrown inside his boot. They drove with him and later dropped him on the open veld. He was assisted by an unknown male and reported the matter to the police.

A case of hijacking is underway and the police believe that the male in the picture might assist with the investigation.

Anyone who might have information about his whereabouts is asked to contact the nearest police station or report the matter to the Bekkersdal SAPS on 011 755 8040/8069 alternatively contact Crime Stop on 08600 10111.