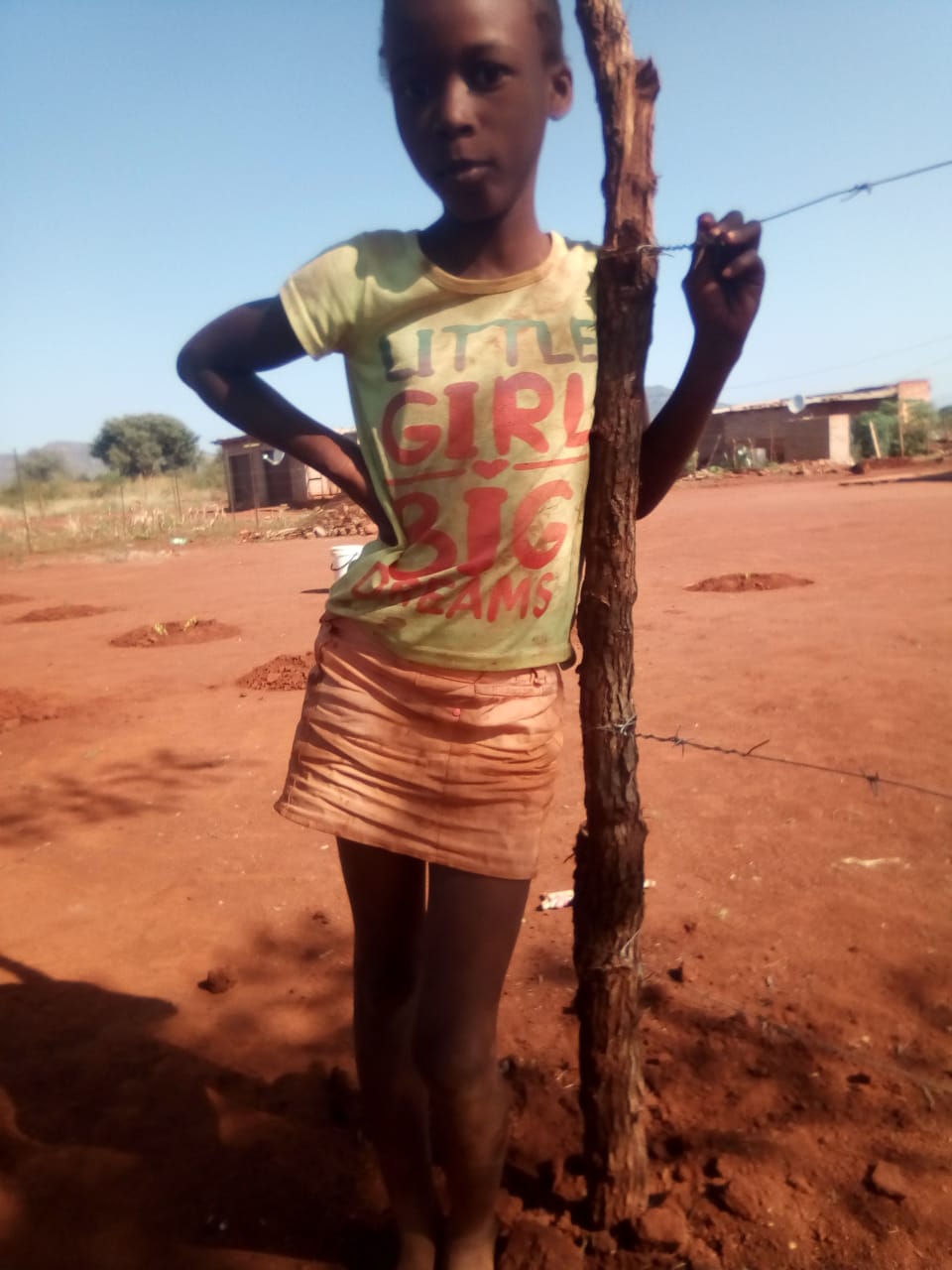 LIMPOPO – The Police in Letsitele outside Tzaneen have launched a manhunt for the half-brother of an eight-year-old girl following her disappearance on Monday afternoon, 27 July 2020, at Zangoma village in Shipungu Section. He was reportedly last seen on this day walking with the child and the matter was only reported to the police yesterday.

The child, Mabareki Carlifonia Molamodi, pictured below, was reportedly left with a caregiver, who is also a family member as her mother is said to be working on one of the farms in the area. The child was left by the caregiver for a few minutes when she allegedly went to fetch water to bath her, but when she returned, the child was nowhere to be found.

Preliminary police investigations revealed that the child was seen in the company of her half-brother, Fanuel Makhubele, walking to the nearby shop. He later reportedly told some community members that the child was abducted by unknown men traveling in a Toyota Quantum.

Fanuel Makhubele is now being sought by the police to come and shed more light on the whereabouts of the child. Both his cellphones have since been off.

Anyone with information about Fanuel Makhubele and/or the eight-year-old child is urgently requested to contact Colonel Cecil Machimani on 082 451 7181 or the Crime Stop number 08600 10111.