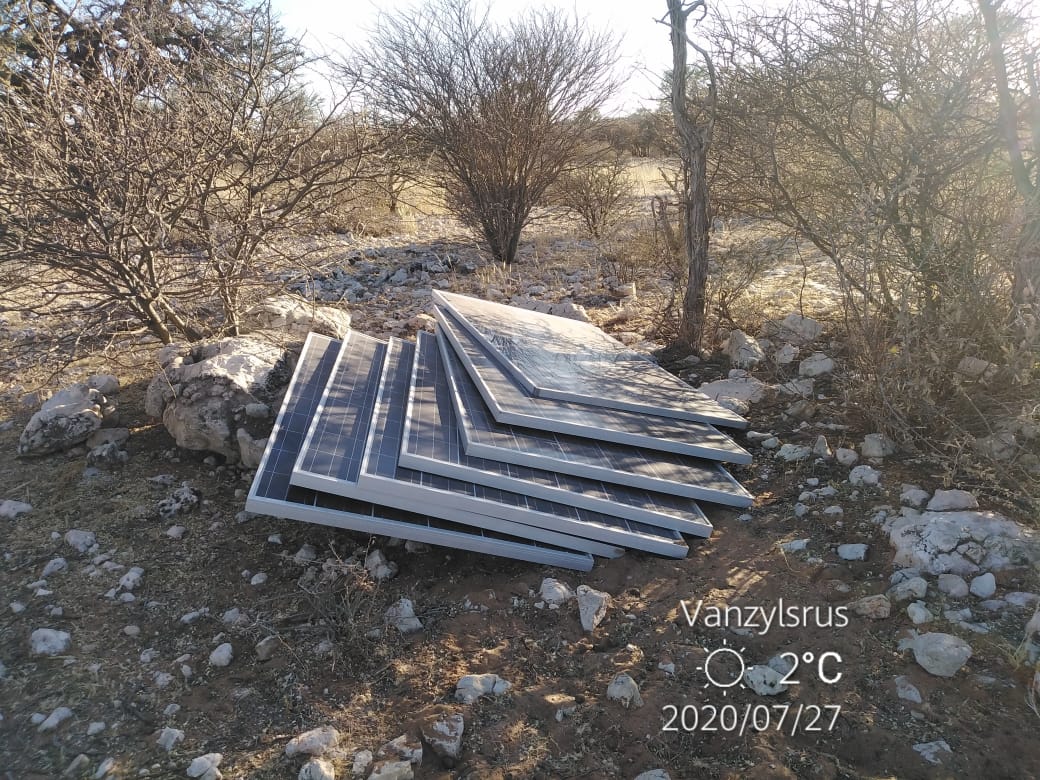 NORTHERN CAPE – On Sunday, 26 July 2020, members of Van Zylsrus SAPS were busy with patrol duty at about 21:30, when they saw a suspicious white Toyota bakkie at the farms on a gravel road to Severn. The vehicle was searched and found loaded with suspected stolen solar panels to the value of R200 000-00.

A 38-year- old man who was the driver was arrested after failing to explain to the officers about the solar panels. Later on, a second suspect, aged 37, was also arrested for the very same case and the bakkie was also confiscated.

The two suspects will appear before the local magistrate court soon on a charge of possession of suspected stolen goods.

General Bean also urged the farming communities to report any suspicious activities to the police.