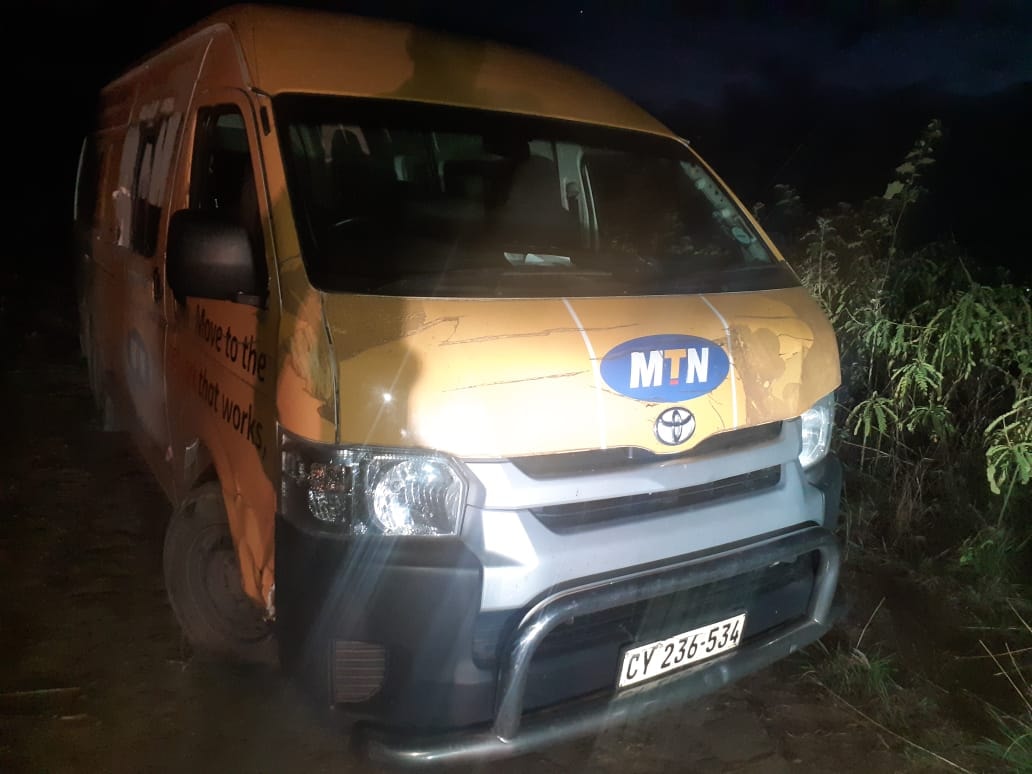 A Toyota Quantum 2.5 D4D was recovered in Ndwedwe near Verulam shortly after being hijacked from Tongaat.

At approximately 04:38 members of Reaction Unit South Africa (RUSA) were alerted by Tracker that the hijacked vehicle was traveling on Vincent Dickinson Road. Reaction Officers and Tracker Operations Members pursued the vehicle which was recovered abandoned on an unpaved road in Ndwedwe. Several panels in the vehicle had been striped.

The suspects were not located.