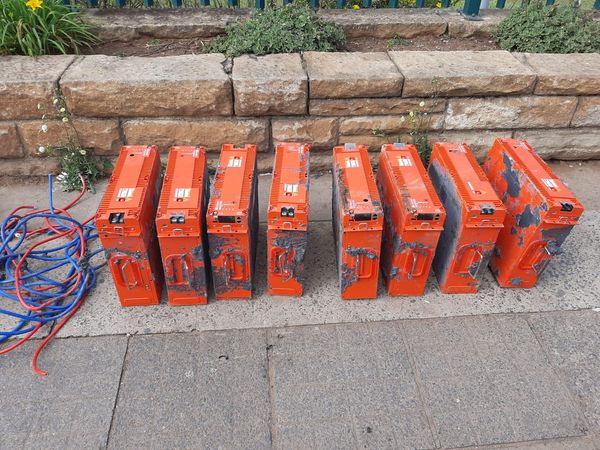 The theft of cellphone tower batteries has a negative impact on telecommunication. Police officers in the province are always on alert to ensure that those involved are brought to book.

Vryheid police received intelligence yesterday morning about a taxi that was transporting stolen cellphone tower batteries. An operation was put in place and various role-players from the SAPS proceeded to Vryheid. The said vehicle was spotted traveling along R34 and it was intercepted.

Upon searching the vehicle, a total of eight cellphone tower batteries were recovered. Police also seized various housebreaking implements such as bolt cutters, crowbars, grinders, five-pound hammers, and other items. The initial investigation conducted by the police at the scene revealed that the batteries were stolen at Nongoma earlier on the same day.

The estimated street value of the recovered batteries is R1.2 million. Three suspects aged between 20 and 40 were placed under arrest on charges of possession of the stolen property as well as possession of house-breaking implements. The suspects are appearing before the Vryheid Magistrates Court today.