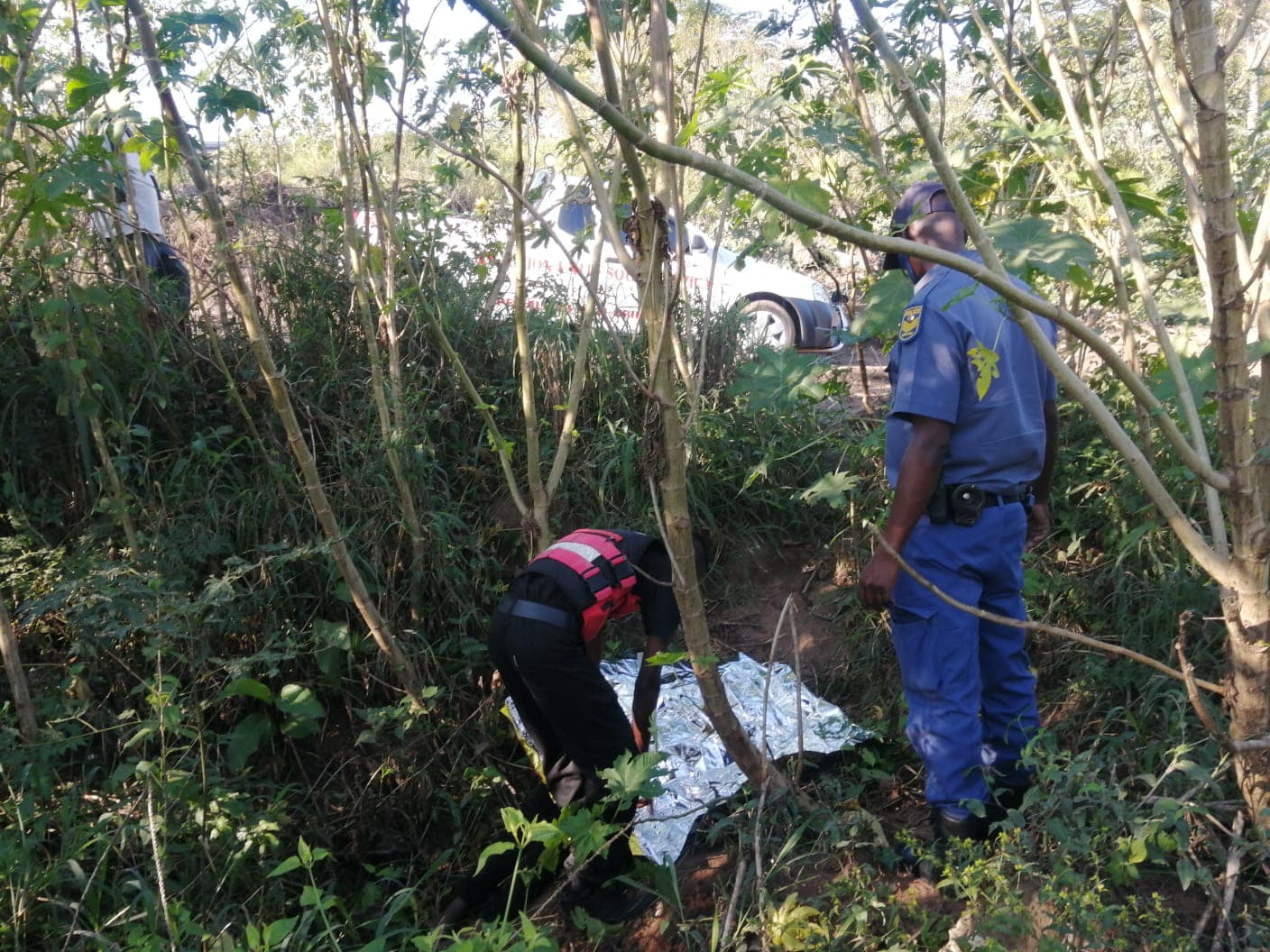 The body of a woman suspected to have been raped was discovered by a herdsman next to the Durban Solid Waste Depot on Tottenham Road in Ottawa – KZN a short while ago.

Reaction Unit South Africa (RUSA) received a call from the passerby at approximately 13:58. On arrival, Reaction Officers and RUSA Medics were led to a bush where the female was located lying in a prone position.

Her top was found around her waist and her jeans were pulled down. The deceased appears to be in her twenties. She sustained a stab wound to the right side of her chest and blunt force trauma to her face and is believed to have been raped.

Her identity has not been established at this stage.