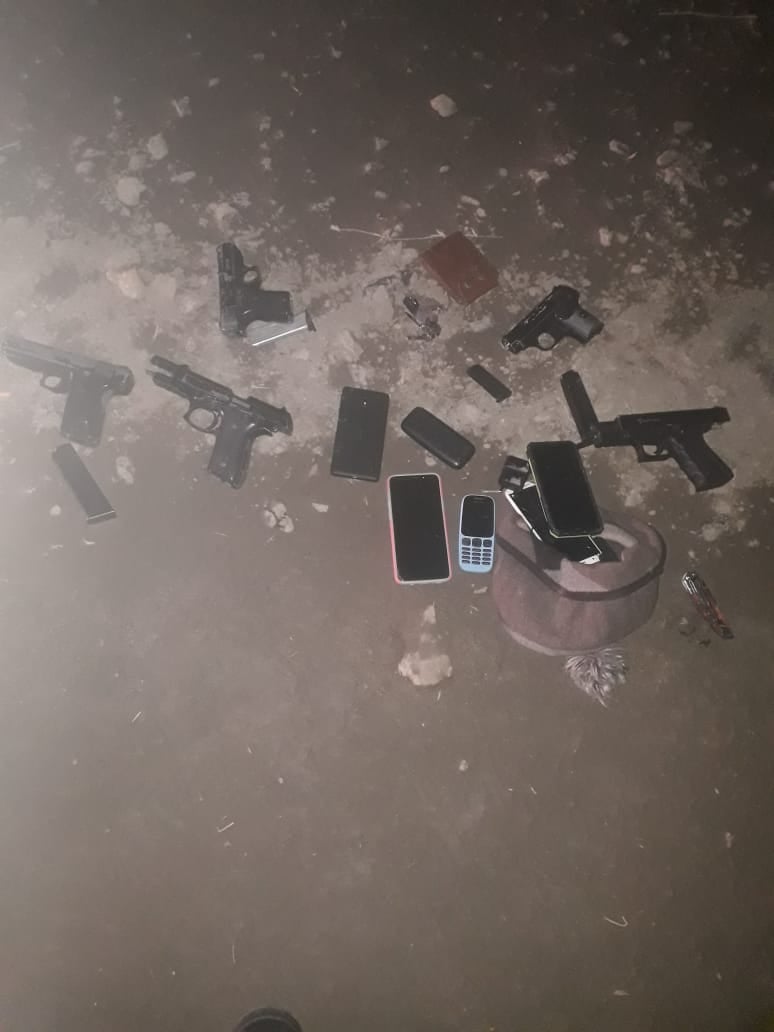 The increase in the number of foot soldiers, the lesser is space for criminals to operate. Kirkwood police managed to arrest five men and seized five firearms (two were toy guns) near Moses Mabhida, Kirkwood yesterday.

On Wednesday, 21 July 2021 at about 18:00, it is alleged that police received information about five suspicious men in a white Volkswagen Polo with a known registration number travelling towards Kirkwood. Moments later, one of the patrolling vehicles spotted the vehicle travelling on the Enon gravel road near Moses Mabhida, Kirkwood and pulled it off the road. Inside the vehicle, police found five unlicensed firearms, of which two were toy guns with several rounds of ammunition. The five occupants were arrested for possession of unlicensed firearms and ammunition. The five suspects aged between 21 and 55 are due to appear on Monday, 26 July 2021, in the Kirkwood Magistrate’s Court on charges relating to the contravention of the Firearms Control Act.

All three firearms are to be sent for ballistic testing to ascertain whether they have been used in committing a crime. Preliminary investigation revealed that at least three of the five suspects are linked in several cases of aggravating robbery.