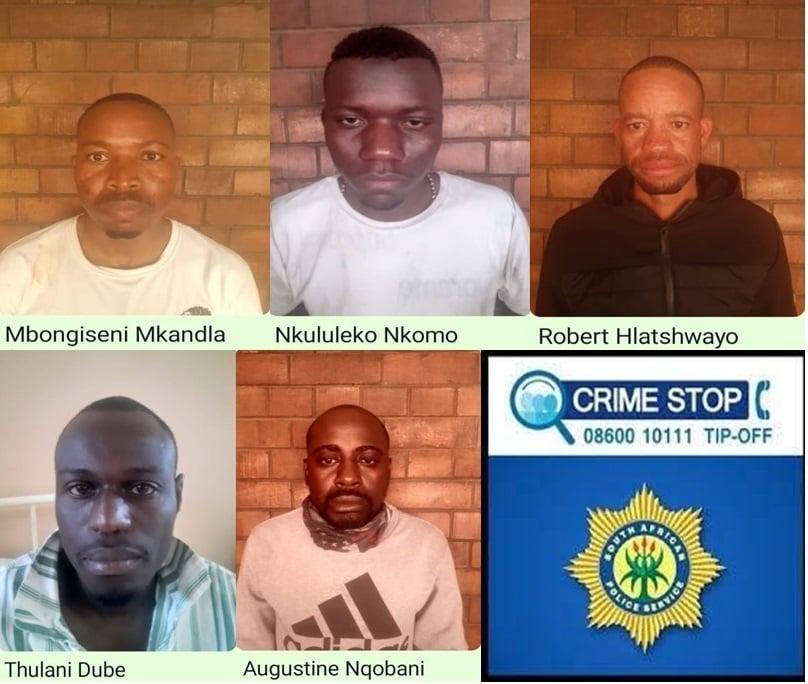 According to reports, the police truck transporting the prisoners was ambushed by three armed men driving a silver Audi vehicle at the corner of Barry Marais and Rondebult streets.

The five of the six escapees were due at Court for a Dawnpark case of business robbery, attempted murder, and possession of an unlicensed firearm and the sixth escapee was due for his first appearance on a shoplifting case.

Four arrested for possession of illegal succulents in Pofadder

Lady bitten by a snake at a company in Himeville