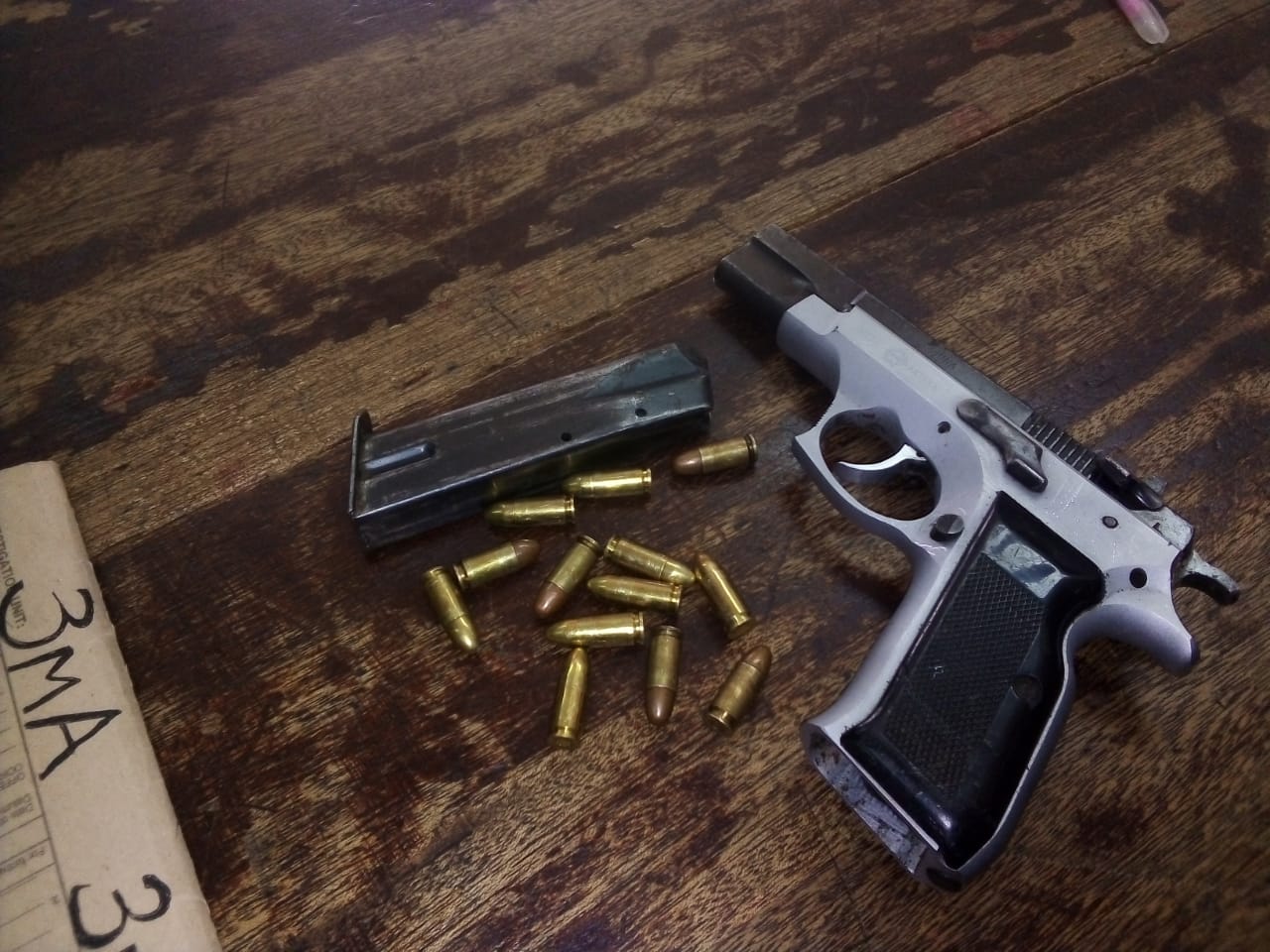 KING WILLIAMS TOWN – A police officer is never off-duty and is always ready to make a sacrifice in order to ensure that the people they serve are and feel safe.

The heroic actions of an off duty Sergeant from Ramatisiliso Port of Entry resulted in the speedy arrest of two (2) suspects and the recovery of a firearm and ammunition.

It is alleged that on 30 July 2020 at about 14:00, the two suspects aged 24 and 28 years old, held a teacher at a gunpoint and demanded his personal belongings at Marambeni village in Mthatha. Sgt Soyisile Tambodala noticed the suspects walking past his vehicle but was unaware that they had just committed a crime.

The victim who was following the suspects informed Sgt Tambodala who was seated in his vehicle and asked for his assistance. When duty called, he reacted without any hesitation and immediately pursued the suspects with his vehicle. Both the suspects were apprehended and an unlicensed 7.65 Norinco firearm with 13 rounds of ammunition was found on one of the suspects as well as two knives and a pepper spray.

Cases of armed robbery and possession of unlicensed firearm and ammunition are under investigation by the detectives at SAPS Mthatha. The suspects will appear in the Mthatha magistrates’ court soon.

The firearm will be sent for ballistic testing to ascertain if it has not been used in the commission of any other crime/s. The possibility that the suspects could be linked to other crimes cannot be ruled out and will be investigated.

The Eastern Cape Provincial Commissioner, Lt Gen Liziwe Ntshinga applauded the bravery of Sgt Tambodala. “The altruism of the member was clear when he immediately and without further thought chased after the suspects. Police officers such as him are steadfast to their calling thus ensuring that the space of criminals is limited and that the community is protected. Our members are encouraged to use tactical moves when approaching any crime scene, especially armed robbery scenes, to avoid loss of life,” added Lt Gen Ntshinga.