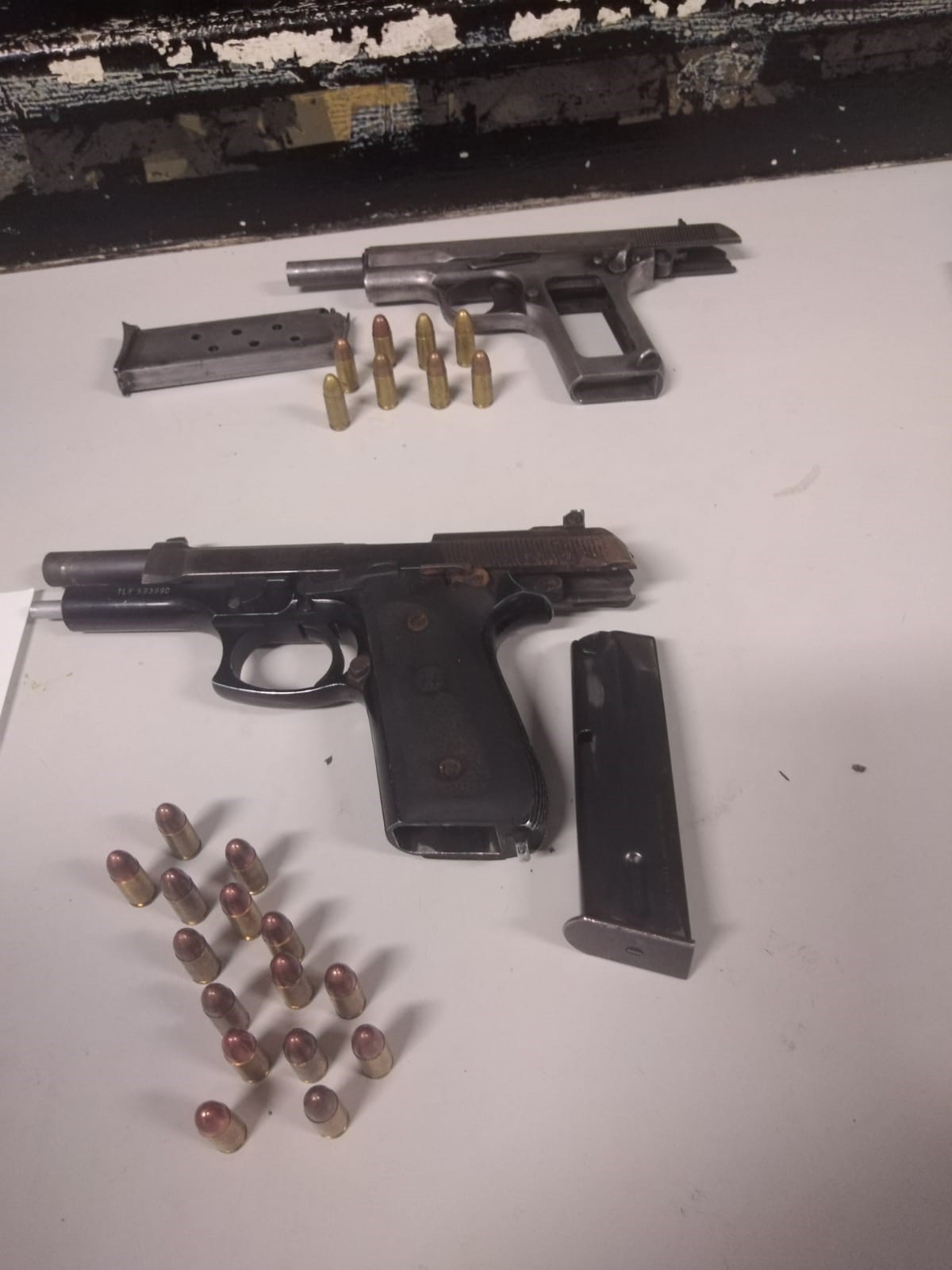 WESTERN CAPE – Efforts to eliminate the presence of illegal firearms and ammunition in Western Cape communities have yielded successful results with the arrest of three suspects.

Yesterday afternoon, 30 July 2020, members of the Maitland Flying Squad acted on information when they pulled over a Toyota Quantum in the Bellville area. They conducted a search of the vehicle and discovered a 9mm Parabellum pistol and a 9mm Norinco pistol along with several rounds of ammunition. Seven suspects, aged between 24 and 40 were arrested for possession of an unlicensed firearm and ammunition. Once charged, they will appear in the Bellville Magistrates Court on Monday, 03 August 2020.

In an unrelated incident, members of the Provincial Integrated Team arrested a 55-year-old suspect while conducting roadblocks in Mew Way, Khayelitsha. The suspect was found in possession of a 9mm Norinco pistol with several rounds of ammunition. He is facing a possession of an unlicensed firearm and ammunition charge and is expected in court soon.

Meanwhile, in the early hours of this morning, 31 July 2020 at around 01:00, members attached to Atlantis SAPS acted on information when they entered and searched a residence in Bunting Crescent, Robinvale, Atlantis. During a thorough search of the premises, they discovered two firearms and several rounds of ammunition. A 19-year-old female suspect was arrested on a charge of possession of an unlicensed firearm and ammunition. She is expected to appear in the Atlantis Magistrates Court on Monday.