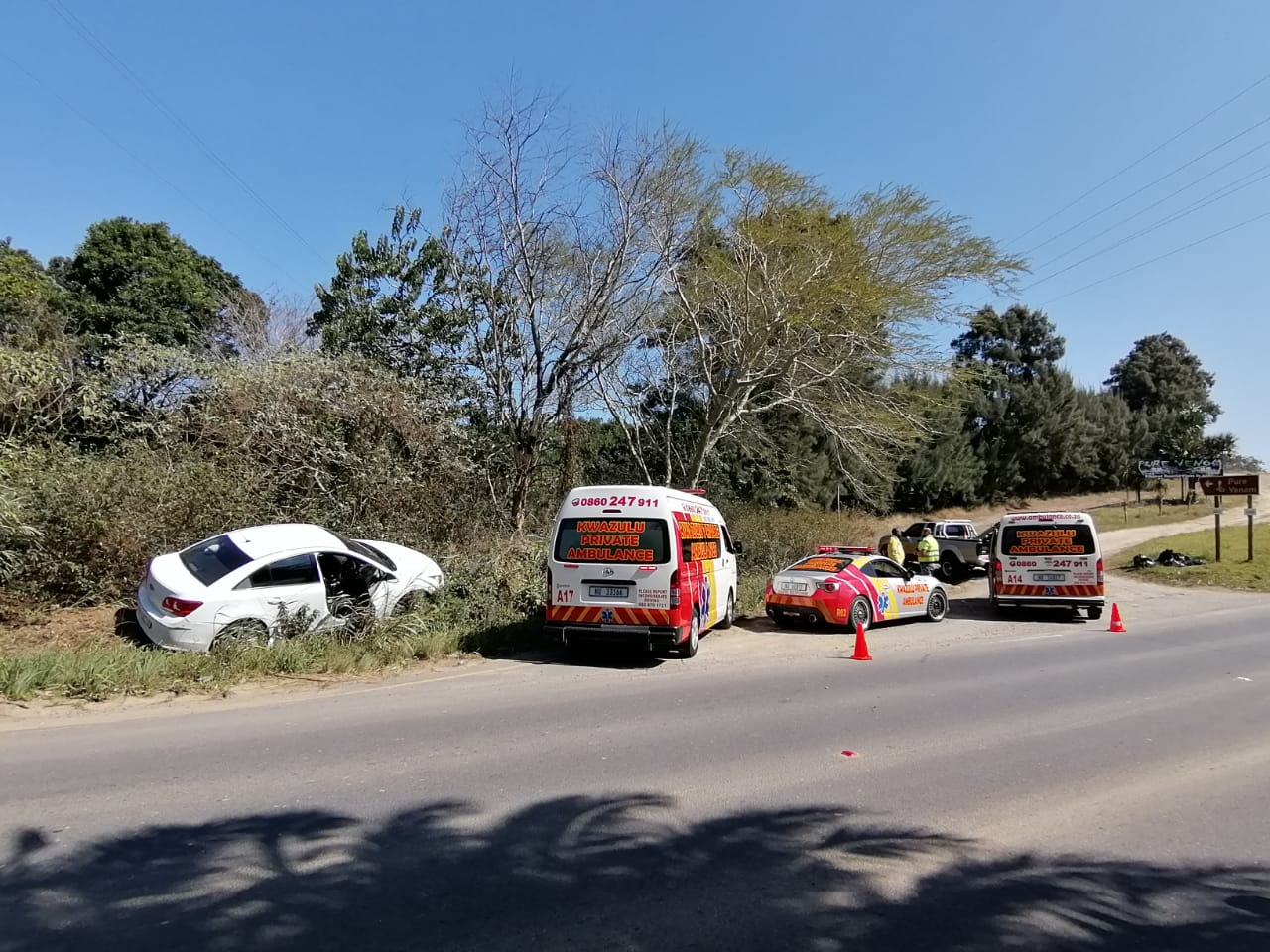 Driver and pedestrian treated after road crash on the P200, Margate

This afternoon at approximately 1pm. Kwazulu Private Ambulance Service responded to the P200 opposite pure venom for an accident.

When emergency services arrived the found that a single car had left the roadway. When Paramedics assessed the scene the found that a pedestrian was laying in the bush at the bottom of a small embankment.

Both the driver and the pedestrian sustained minor injuries, they were treated on scene and transported to the hospital.

The cause of the accident is not known, but SAPS are investigating.

Police crackdown drug dealer with drugs worth more than R40 000

A suspect behind the Dainfern armed robbery and attempted murder of a Member of Parliament, to appear in court