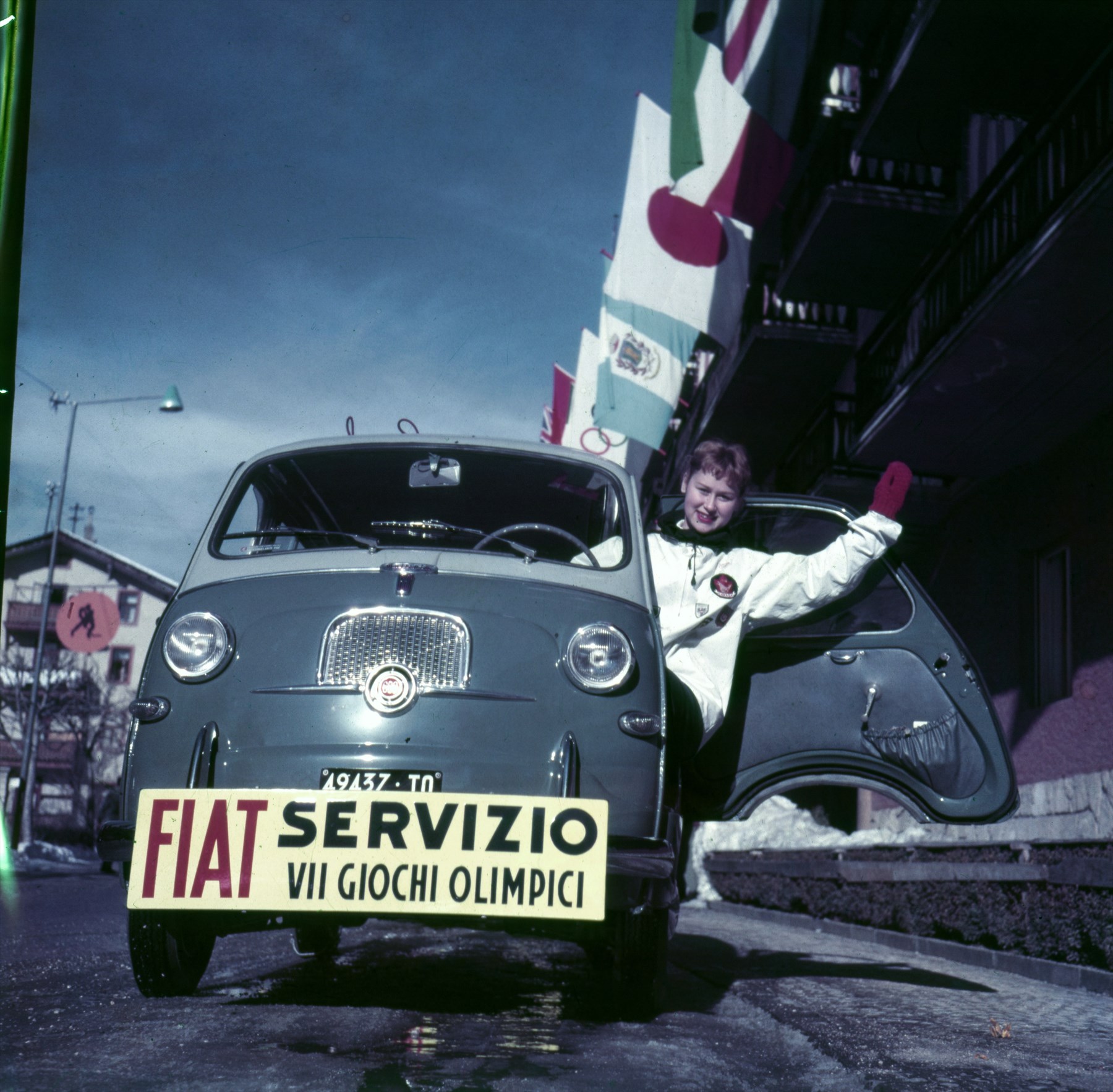 The Fiat 600 Multipla, a triumph of Italian style and forerunner of all MPVs, will be starring in “Cars: Accelerating the Modern World” exhibition at the V&A museum in London. Opening on November 23rd, the exhibition focuses on the impact of the car and includes car models that have represented real social and economic accelerators throughout the twentieth century.

The exhibition aims to highlight cars that have changed the world in the last 130 years in terms of design, innovation and social impact. Structured in three main sections, it includes over 250 objects and 15 cars, including the first-ever patent car, a prototype of a flying car and one of the most iconic models of Italian car making the Fiat 600 Multipla.

Presented at the 1956 Brussels Motor Show, the Fiat 600 Multipla offered a completely new shape and exceptional interior space. With three rows of seats, it could comfortably seat six people or, with four seats folded down, it could offer a large, versatile load space. With its versatility and extraordinary practicality, the “Multipla” became the pride of Italian taxi drivers and families for over a decade.

The car exhibited in London is part of the FCA Heritage collection and is normally on display at the Fiat Historical Center in Turin. In the 120th year of Fiat, FCA Heritage has organized a number of activities to celebrate Fabbrica Italiana Automobili Torino reaching this key milestone including the 1899 Fiat 3½ HP, owned by FCA UK and on permanent display at the National Motor Museum of Beaulieu, participating in the London to Brighton Veteran Car Run.

The history of the Fiat 600 began in 1955 when the new model kick-started mass motorisation in Italy. At first, the car was a compact two-door, four-seat saloon with rear-wheel drive and engine. The development of the new car had begun several years earlier, and on July 15th 1953 Vittorio Valletta – then President and CEO of Fiat – organized a day entirely dedicated to testing the Fiat 600 (at the time called “the 100”, from the project initials by designer Dante Giacosa). After many tests on the track, the day ended with a meeting of the entire Fiat Presidency Council, which approved the continuation of the project. That day, the idea circulated that a “carryall” version could also be made for the Fiat 600 and after a brief design phase, this became the Multipla. Its official debut took place in January 1956 at the Brussels Motor Show, preceded a few months earlier by a memorable 600-sedan enterprise: in 1955 the car was the protagonist of the famed Rome-Calcutta raid, covering more than 12,000km in just 11 days.

Returning to the “multi-space” version, it shares the mechanics of the 600 saloons, with a cantilever rear engine, but with a passenger compartment that extends to the very front. It is easier to see its shape than to describe it: instead of a front bonnet (occupied by the tank and spare wheel in the saloon version), the Multipla has a two-seater sofa. The front of the car is almost completely vertical, like a miniature coach. The result was a vehicle that looked as though it was travelling backwards, with a tapered and aerodynamic rear that could accommodate three rows of seats and up to six people.

The 600 Multipla has four doors: two front doors opening upwind, and two rear doors. The car’s versatility made it possible to fold down one or both rows of rear seats to create a uniform flat loading surface almost two meters long. The Multipla could also be transformed into a tiny camper van with a rear “double bed”, as it was advertised at the time. The taxi version rapidly invaded Italian cities, becoming one of the icons of the country’s postwar economic boom.

In 1960, Fiat upgraded the range of the 600 – saloon and Multipla – with the new D version. Displacement capacity grew and performance improved, but without increasing consumption: low operating costs remained the key to the success of the Fiat 600. With this improved performance, the diffusion of the Multipla in its taxi set-up increased: the front passenger seat was replaced by a luggage stand, while the taximeter was placed on the dashboard. The external body remained unchanged, while the rear of the interior was fitted with two fixed seats and two folding seats, for either two or four passengers.

The typical livery of Italian taxis in the sixties was two-tone: black in the upper part of the body and bottle green below. The 600 Multipla was ennobled by this colour combination, and many private cars were also ordered in this two-tone version. Reliability and low operating costs were the keys to the success of the Taxi version, an omnipresent and highly distinctive feature of every Italian city and a vivacious symbol of the 1960s. The 600 Multipla became the classic service car used by many Italian companies, including the unforgettable the livery created by Abarth for the famed exhaust mufflers advertisement, and it went on to inspire the creation of the 600 T van.

The Fiat 600 Multipla will be on display as part of the “Cars: Accelerating the Modern World” exhibition at the V&A Museum until 19th April 2020. For more details about the exhibition visit www.vam.ac.uk/exhibitions/cars and to find out more about FCA Heritage visit www.fcaheritage.com.