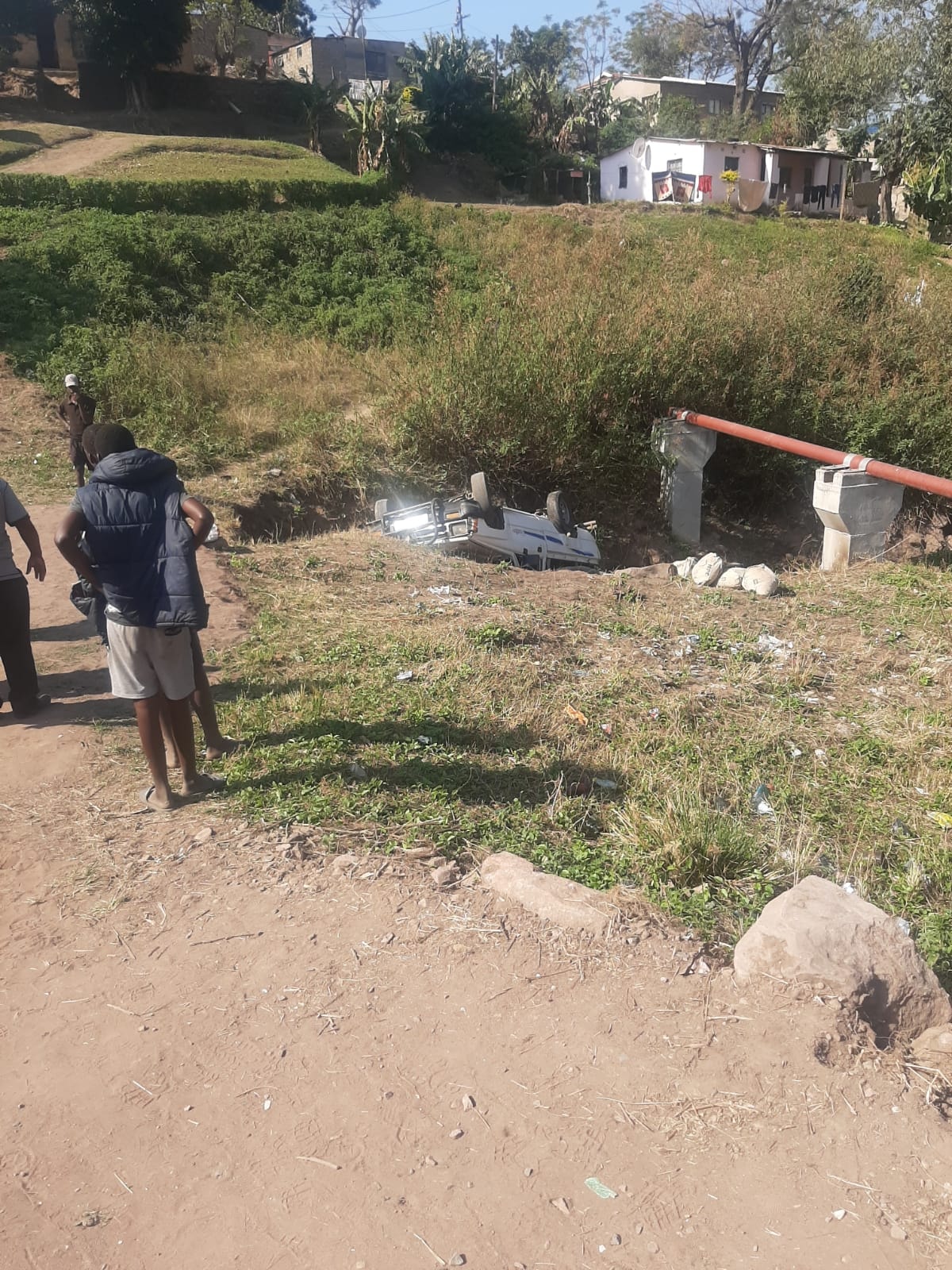 Posted By: jonckieon: Jul 30, 2020In: Arrive Alive
Print Email
Four people sustained moderate injuries after the bakkie that was delivering construction material overturned in Amawothi near Verulam earlier today (Wednesday).
Two of the injured had purchased building material from a hardware store in Verulam. The store arranged for delivery and while on route to the customers’ residence the bakkie overturned. Reaction Unit South Africa (RUSA) received a call from a resident in the area at approximately 12:17 requesting assistance for the injured.
On arrival the extensively damaged bakkie was found lying on its roof. The four occupants were treated for the injuries on the scene before being transported to a local hospital by ambulance.
Circumstances leading up to the accident have not been confirmed at this stage. 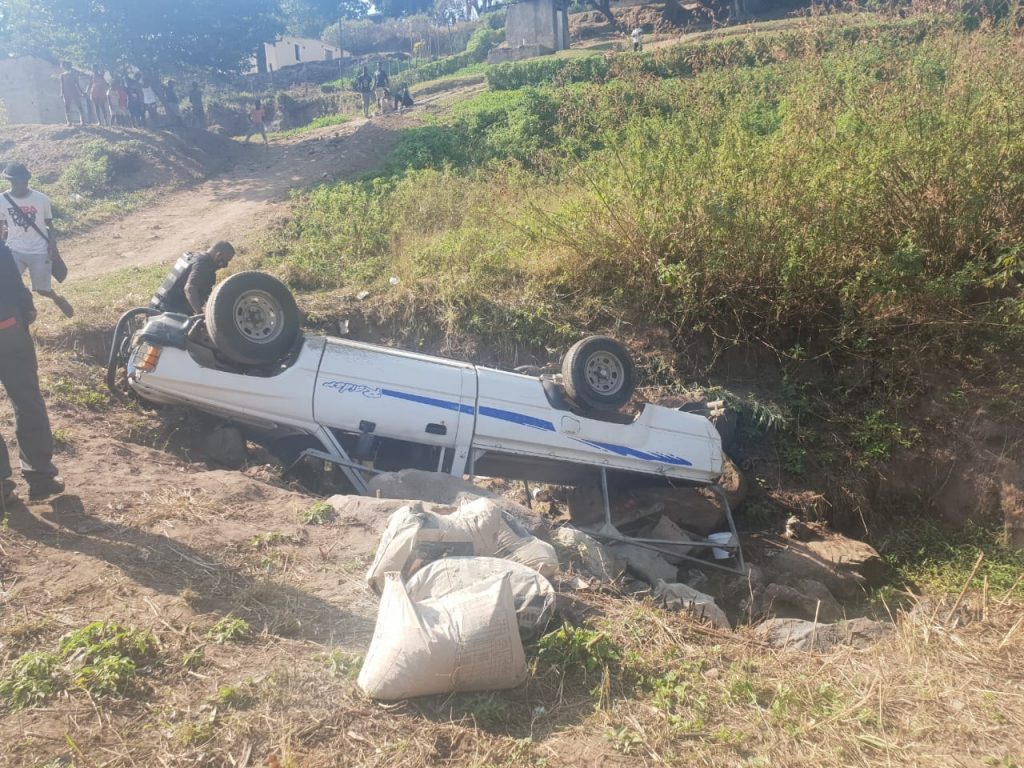