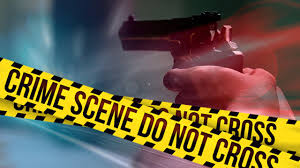 Police arrested two suspects during a shootout with robbers in Atteridgeville

Police arrested two suspects who were robbing Chinese shop owners in Atteridgeville on Monday, 29 June 2020 at about 18:00. Members of the Gauteng Tactical Response Team (TRT) unit noticed three suspects robbing a shop in WF Inkomo Mall, suspects saw the police vehicle and jumped into a Toyota Corolla, and drove off, TRT gave chase.

It is alleged that the suspects started shooting at the police when they realizing that the police noticed them. Police returned fire and one suspect was shot and the other suspect was arrested, the third managed to run away. The suspect that was shot was certified dead at the scene. During the arrest, two unlicensed firearms were recovered and the suspects’ vehicle was impounded for further investigation.

Meanwhile, in another multi-disciplinary operation, police and other law enforcement agencies arrested two suspects in Kempton Park for illegally operating a liquor outlet. During the arrest, a high volume of liquor was confiscated. The second suspect was arrested for possession of illicit products, counterfeit products, and the Immigration Act.

The arrested suspects will appear in the Pretoria and Kempton Park Magistrate Court soon.